LEPets - A post from our very own Miz Boom

Dear LEP-landers near and far. A while ago we had a HUGE thread in the Facebook group where everybody showed pictures of their pets. There were about 150 pictures up there of cats, dogs, parrots, fish, snakes, spiders, sheep, pigs (!) and a surprising number of chickens. I made a neat little diagram analysing the peculiarities of the LEPet-population. Sadly, all this is lost in the depths of the internets and I own no scuba gear and therefore can’t retrieve it.

Because I was the person to have uttered the little sentence "Show me your pets!" in the first place, our fearless trailblazers Julie and Denise asked me to compile a blog post, reenacting that special moment in time. As is the way of such things, what once was lost can ne’er be built exactly the same again. You had to be there. The pigs and chickens are gone. But still: there were quite a few contributions to the cause and without further ado I give you our:

While I was busy framing the pictures, one final email reached my mailbox. It came from Zara in Canada. I was touched by her pet’s very special story. I leave it here for you to enjoy firsthand. Zara writes:

"This is three-month-old Gus.

He likes to suntan due to his desert heritage. He doesn't like the rain, nor does he like that people often assume he's Mexican because he's not. He's actually Japanese.
He guards my snail mail from being stolen and he loves warm hugs and often wonders why no one wants to hug him!

He sings opera and aspires to be a world-class mime. So far his training for this has been unsuccessful. He's better suited to be a guard at Buckingham's Palace, but I love him too much to send him to England.

His best friend is a hedgehog and a porcupine as he feels they understand his emotional issues.

And no matter what anyone says, he hates scorpions and his favourite animal is the butterfly. And like his human, he also loves mermaids and unicorns---and has an ongoing grudge against Santa Claus.

He has one penpal, a snake named Henrietta Hissington, who he met through the LEP Pet Swap, but would gladly welcome more. She hasn’t written back yet and perhaps it’s because she has no hands. Nevertheless, he waits patiently for her reply.

Please do not mention anything about him being a “succulent plant.” As far as Gus is concerned, he is a highly evolved species with telepathic powers and a deep love for electronic music and covert missions. If his plans to become a world-class mime fails, he plans on joining the Canadian RCMP.


And this, LEPeeps, is Gus: 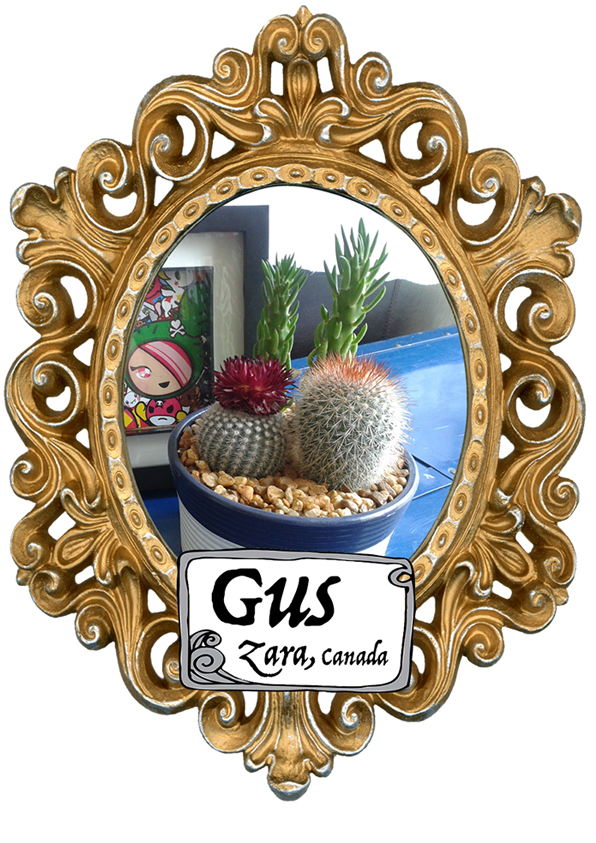 As you can see, the LEPets continue to be special.

I will now go and get myself a carrier pigeon. Or maybe a bunny rabbit. Because…