October 14, 2016 was almost, but not quite, a full moon, but it may as well have been. It was certainly bringing out the crazies as five of us were en route to Winooski and our beloved Julie and Denise.

Cecilia was the first to arrive after 7.5 coffee stops. While it was close to 4:00pm when she went inside and made her appearance, it is very likely she was waiting in her car since 7:00am.

Stephen was the second to arrive after making a stop in Stephentown to conduct some of his mayoral duties and hold court with the Stephentown peasants. After receiving appropriate homage, he arrived at headquarters. 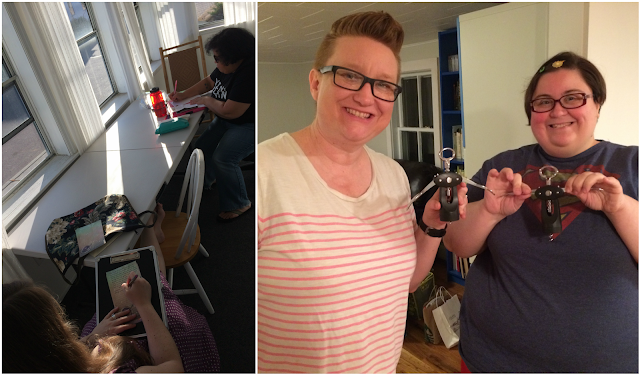 It should also be noted that Jennifer Ong made her appearance in the form of pies, which were delicious and devoured in due time. 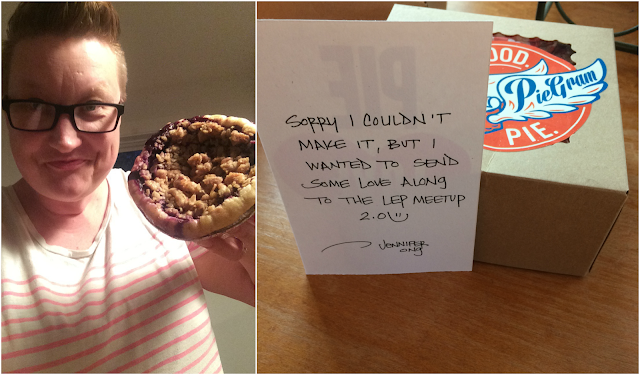 Then I, Cassie, finally arrived about 7:30pm. I had been on the road since 6:00am (and this, unlike all the above, is not an exaggeration). I am proud to say that, despite being in the early stages of pregnancy, I miraculously only required three potty breaks (and one ice cream break).

Friday night, we took bathroom selfies, shoved beanbag couches up a narrow stairway, and maybe did a little writing. I studied an operating manual on Thanh-Thuy while Denise double-fisted glasses of wine. Once we all recovered from the travel-jitters, we retired. 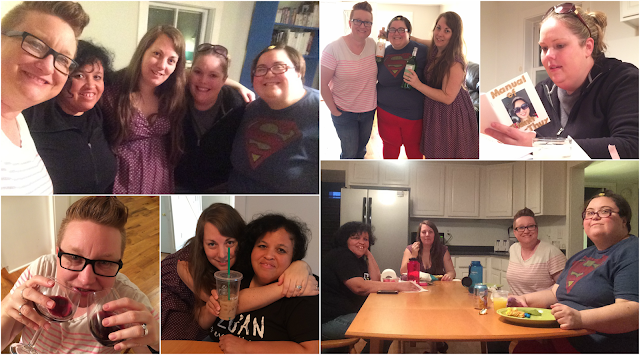 Saturday morning found Cecilia again loitering outside of headquarters at 7:00am. We let her in a couple hours later. Logan and Christopher arrived as zombies. Logan joined the writing session while Christopher took himself to bed for his first sleep in 50+ hours. Unable to revive him, the rest of us set off to Tiny Thai for the lunch special.

We eventually got Christopher up and alive and headed to Church Street for some shopping, street food, and Ben & Jerry’s, then it was off to the funeral home for the traditional game of Cards Against Humanity. A C.D. exclusive cutting board was presented as 1st prize and I won, much to my amazement. Thanh-Thuy forced us to take home books, we returned to headquarters for more writing, Denise and I wore our matching elephant pajamas, and the Stationery-Buying Battle commenced with Cecilia once again the winner. 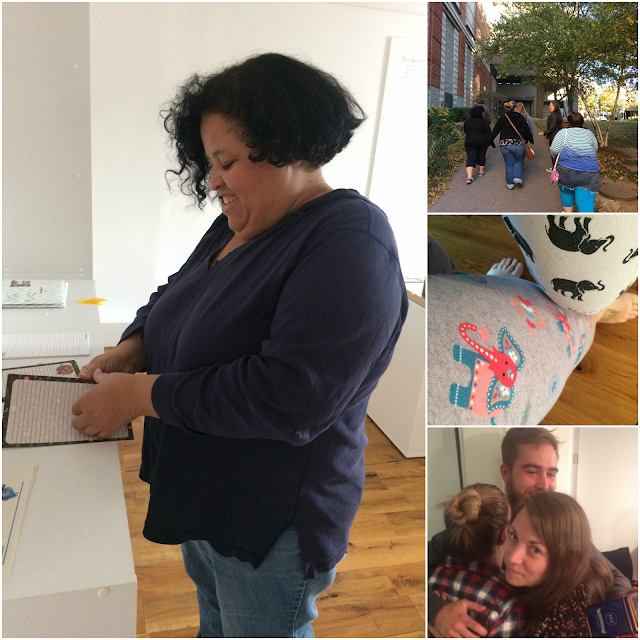 Sunday saw Vegan breakfast (apparently you can make bacon out of eggplant), postcard perusing, and facials. A little more writing was squeezed in as well. Christopher and Logan spent 6 hours packing the car and heading towards the door and Cecilia left with her suitcase of stationery and possible smuggling of eggplant bacon. No doubt she stopped for coffee before leaving the city. I left the next morning and Stephen later in the day. We do not know what happened to Julie and Denise once we all left, but boob stamps were held for ransom, the beanbag couch had to come back downstairs, and there must have been some empty-nesting going on. The question is, did Denise do this with or without pants? 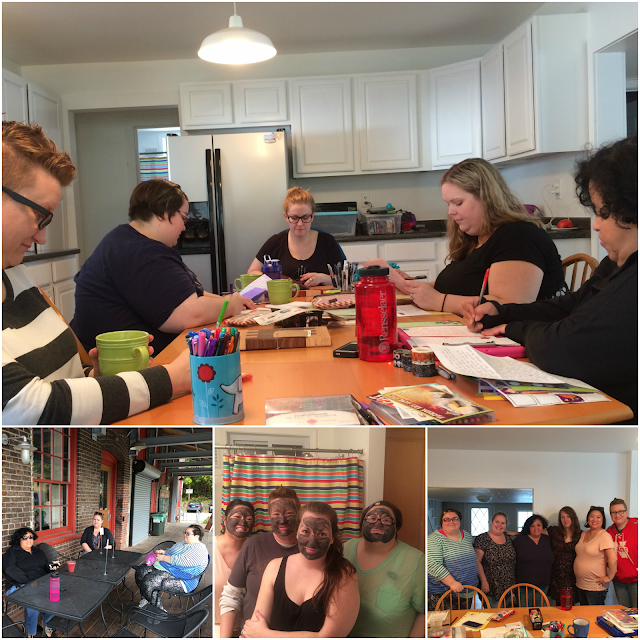